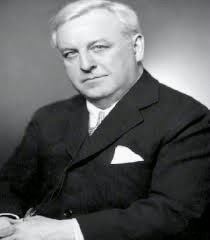 Today I honor Ralph Walker on the 125th anniversary of his birth.

My friends and colleagues have heard me speak about Ralph recently, since I participated in the Ralph Walker documentary back in October (still online here). And a few weeks ago – on October 15 – I shared a few thoughts about my friendship with Ralph, memories from back when I was a very young man (and he was a very old man). These were published in a previous post, also called Knowing Ralph Walker.

It was a lovely experience, knowing this remarkable man, and the fact that he was an eminent and highly respected architect and one of the New Yorkers who helped define the shape of our city continues to impress me. I feel very privileged to have known him, even though he has now been gone for many years.

Much of Ralph’s professional success was detailed in the documentary and, particularly, in Ralph Walker: Architect of the Century, by architecture scholar Kathryn E. Holiday and published by Rizzoli in connection with the 2012 exhibition of the same name. As it happens, I am in possession of several of the more “professional” (we might say) artifacts from Ralph’s career, as he kindly gave me a collection of a number of things he wrote, including his self-published book The Fly in the Amber: Comments on the Making of Architecture. And of special interest to me was his fascination, from early childhood (thanks to his mother’s influence) in the theater and the larger concept of the place of theater and theatrical performance and theater architecture in society. Perhaps I will write about these.

Today, though, I want to write a little about the more personal side of Ralph Walker, for (as might be guessed from his love of anything having to do with the performing arts), he was a great patron of the arts. What we used to refer to as the “liberal arts” played a big part in his personal life. He did indeed love the “softer,” non-engineering side of life, and in his later years he gave full expression to this interest by composing “little” (he called them) poems about some of what he thought about.

One of these has special interest for me now (see The New York Summer Winds Down with a Special Happy Memory, about the Caramoor Summer Music Festival). Written in 1970, Ralph called it “Musique de Table by Georg Phillip Telemann 1681-1767: A Study in Baroque.” He gave me a signed copy because, I suppose, of our many conversations about music and the place of music in our lives and I’m pleased to reproduce it here.

“At Caramoor in Westchester County the work was given under the direction of Julius Rudel. I felt the concert was muted and slow in tempo. I realized it was meant to be performed indoors and therefore some of the vibrancy was lost. The following is no attempt to adjust thought to the music. The music is light and gay with frivolity.”

The poem is in eight sections, each with its title. The titles correspond, I gather, with the sections of the piece as played at Caramoor but as I’m not very familiar with the structure of the famous Musique de Table I can’t confirm that. Perhaps Ralph made them up, or adapted them from the evening’s program (the Britannica tells us that the piece, published in 1733, contained “three orchestral suites, three concerti, three quartets, three trios, and three sonatas.” So I’m not sure how Ralph came up with eight titles for his poems).

As Ralph chose to print his poetry compositions in all caps, I follow his style.

“MAY THE BLESS’ED BLESS US”

ATTUNED WITH DESTINY
A MUMMY HAS BEEN PASSED

ALLEGRESSE
WHY WHEN IDEAS
FLOW FLUENT AND SPARKLE
RIPPLING IN DELIGHT
MUSIC STRIKES GAY BLATANT NOTES
DISTRACTING THOUGHT
ALL EARS AS WELL
A SIGN TO THE LEADER
FLUTTERING HANDS DOWN
SAYING WHAT HE CANNOT HEAR
DOLCE DOLCE
MISTAKES THE GESTURE
INCREASING TEMPO – VOLUME
IN EGOTISM OF VIRTUOSITY
‘TIL MINDS ARE SHATTERED
IN ANGUISHED HOPED FOR
SILENCE
CAN FAINT APPLAUSE MEAN PRAISE
DELIGHT AT ENDINGS
NOW GRIM THE SILENCE
GONE FOR NOW THESE MOMENTS
BOTH WIT AND NONSENSE
POSTILLONS
THEN FAIR IS SILENCE
FOREGONE THE CHATTER
THEN COMES
THAT WELLCOMED PAUSE
THE MYSTIC O’CLOCK
WHEN ALL SPEECH WANES
MUSICIANS RETIRE
SEEK REFRESHMENTS
IN A CORNER
PLAYING SOFTLY AND LOW
A VIOLIN AND A CELLO SING
THE SONG OF THE BIRDS
THE WARMTH OF SPRING
EACH NEAR COMPANION
IN SOFTENED MOOD
LISTENS
HOPING TO FIND
IN THIS MOMENT’S PEACE
ANEW TO SAY
AGAIN THAT SPARKLE
SO WISTFULLY LOST
FLATTERIE
OUT OF THE REVERIES OF THESE FEW MOMENTS
RECALLS A PRESENT
A GLITTER OF SILVER A GLINT OF GLASS
AN AWARENESS
OF THOSE PRESENT NEARBY
AS FROM A DREAM YOU TURN AND SAY
THERE IS SOMETHING FAMILIAR
SURELY I HAVE MET YOU BEFORE
YOUR IMAGE IS CLEAR AND SAFE
WITHIN THE BEAUTIES OF MY THOUGHTS
YOU SAY NO – BUT
YOU SEEM THE SOURCE OF SATISFACTIONS
BEYOND THE DAY’S REALITIES
WE MUST HAVE PASSED BRIEFLY
AT LEAST NEARBY  APART
EYES HELD BUT A MOMENT
AND THE FRAGRANCE OF THAT MEETING
ENCLOSED YOU FOREVER WITHIN MY WORLD
A GRACIOUS WORLD OF LONGING
AND DELIGHT
BADINAGE
MARRIED
WITH HUSBANDS PRESENT
THE BIG ONE THERE
WITH THE GREAT BEARD
THE SLENDER ONE
A CURT MUSTACHE
BOTH VERY HANDSOME
SO OUTSTANDING
YOU DID VERY WELL
HAPPY EVER AFTER
IF NOT IN HEAVEN
AT LEAST QUITE NEAR
FRIENDS
DID YOU EVER THINK
AND WONDER IF INSTEAD
YOU HAD THE OTHER’S SPOUSE
UNDER NO CIRCUMSTANCES
HE’S ALL RIGHT – BUT NO
NO WHISPER BEHIND THE EAR
OH LADY WHY BE GOOD
NO PARTING HAND
GIVING INVITATION
ARE THEY ALSO SO CONTENT
NEVER MAKE PASSES
NO DARK CORNERS TO AVOID
THEN YOU ARE
THE BLESSED
BUT YOU I WONDER
REFLECTING NOW
AS YOU SEEK
ACROSS THE CROWDED ROOM
WOULD YOU HAVE SOUGHT
A MUSTACHE OR A BEARD
MENUIT
A LOVELY THEME
STATELY IN ITS CADENCE
COURTLY BOWS PLEASANT CURTSEYS
SWEET INVOLVEMENT OF MAN AND WOMAN
A DANCE CREATED IN TIMES OF VIOLENCE
WHEN NO STREET WAS SAFE
PERFUME PREFERRED TO WATER
AN AGE OF MANNERS
MADAME
MAY I ENJOY YOUR FAVORS
SHALL WE SEEK A FRAGRANT BUSH
YOU WILL BE WARM WITHIN MY ARMS
HOW SLOW THE  MOTION
HOW SWEET THE INVOLVEMENT
HOW STACCATO THE BEAT
‘TIS ROCK AND ROLL
GONE THE FESTIVAL IN SILK
UNSOUGHT THE FRAGRANT BUSH
COME CHICK
UNDER BLANKETS
ENRICHED IN MUD
LET’S SHOW THEM OFF
OH SOUL – OH FLOWER
UNDER UNBEARABLE BURDEN
THE ELECTRIC GUITAR
GIVES HARSH SHRILL SONG
TO BIRDS CAUGHT
IN CAGES OF DISMAY
HOW IRRELEVANT THE MOMENT
SANS ELEGANCE
SANS BEAUTÉ
MAIS TOUT EN LA BOUE
CONCLUSION
SO STRANGE THAT QUIET
NEAR MUSIC’S END
MIND AND BODY ASK REPOSE
EACH SPIRIT ONCE AGAIN
FINDS ITS OWN RECOURSE
WORDS LAG – WIT LONG GONE
IN SHALLOW GRAVES
OF LAUGHTER
GAY MUSIC LULLS
DOLCE FAR NIENTE
WARM CELLOS SOB, OBOES SIGH
SEEM TIRED AS THEY CLOY
O’ER HIS HARPSICHORD
FINGERS LISTLESSLY SEEK
FINALITY
ON SHARP ASCENDING CHORDS
AN EVENING CLOSED
MANNERS ASSERT COMPLIMENTS
TO ACCUSTOMED PATTER
IN PARTING
SELF-STARTERS HUM AND SIN
SONGS OF TUNED CONTENT