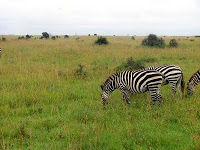 So I guess the final safari photos (for this visit to Kenya) are now done, and I’m happy to share Mr. Guy’s Nairobi Nat’l Park (2) Album as a sort of last look for friends and colleagues who have been enjoying these postings. A nice sort of “final look,” if you will. Mostly African buffalo, zebras, and giraffes, but now it’s time to say good-by to the adventure of a lifetime.

There will be more safaris. No question of that. Probably not during my August visit to Kenya, as that is planned for some pretty serious and probably very intensive professional work, and there won’t be time to get away. But December is already planned, with two friends determined to share some of what Mr. Guy experienced during these past six months (and perhaps others joining us as well – we’ll see).

As for how we’ll organize our December safari, we’ve got it all worked out, and what we’re putting together makes a lot of sense. And we are, in fact, doing very little ourselves. 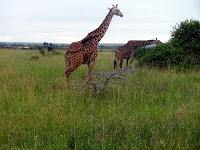 Having discovered that in addition to being Mr. Guy’s driver par excellence Charles Masese is also skilled as a tour guide and organizer,we are turning to him for future safari planning and guiding. And anyone else who wants to contact him, (charlesomasese@gmail.com) is welcome to do so. You will find a joyful and very competent welcome to Nairobi – the man is really good at what he does and I heartily recommend Charles Masese for his work. He is in charge (my favorite words are when Charles says, “Leave it to me” – in six months I’ve never been disappointed!).

And I am already looking forward to the December safari with my friends. And to have him “taking care” of me (a phrase used in Kenya a lot) whenever I’m in Nairobi or environs, I’ve come to know Charles and experience his competence. I’m very happy to recommend him.

Whether during the December safaris (and there will be several, and probably none more than two nights away from Nairobi, which does seem to serve as the safari “capital” of Africa), we’ll have an “historical” sighting or not is something that cannot be predicted. As I think I’ve pointed out several times, the idea of a game drive is primarily that one has the potential to see the wildlife, but there are no guarantees. But if we can experience even some of the beauty of what I’ve enjoyed over the past six months, we (and anyone else who comes to Kenya for a safari) are going to indeed have the adventure of a lifetime. Enda Salama.