The New York Philharmonic seemed to set the stage for me. 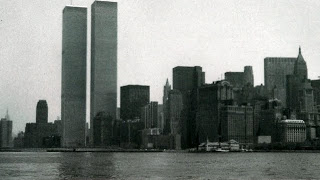 Like most New Yorkers, I was approaching this anniversary with a slight sense of trepidation. After 9/11, people throughout the world had been greatly sympathetic and supportive to the citizens of New York, Washington, and that tiny community in Pennsylvania where the fourth airplane fell. And ten years ago – as we learned how much people cared and wanted to help – we soon became aware that people could not have been kinder or more concerned.

It was an awe-inspiring time in our society, and for those of us directly cannected to the tragedy we all knew and greatly appreciated the many efforts made to help us through those difficult days.

Yet ten years later, as the anniversary of 9/11 approached, most of us had moved on. We are living in a different world now and, yes, one greatly changed by the actions of that horrible day. But we had – nevertheless – moved on.

So I worried a little about what my personal observance of the day would be. In other years, I simply stayed home, going on with my work or daily activities as I could, pausing now and then to remember and reflect, and – solaced by the appropriate music offered by our local classical station (WQXR) – just not making too much of the day. And, I learned, that seemed to be the approach taken by many of the friends with whom I interact on a regular basis. It seemed just right thing, not to make too big a “thing” of 9/11, to simply go on with my life but in doing so to be aware of the day and all that it stood for.

So this 10th anniversary approached, and it was the New York Philharmonic Orchestra that came up with the perfect solution for Mr. Guy: “A Concert for New York,” offered free to those who wanted to come to Avery Fisher Hall (or sit in the Lincoln Center Plaza outdoors and watch and listen through the state-of-the-art technology that was available), with a recorded performance tonight on public television and on the Philharmonic’s own site.

The work chosen for our observance was Gustav Mahler’s 2nd Symphony, our beloved “Resurrection” Symphony. It could not have been a more perfect selection. With a visiting friend from Berlin, we got to the hall in time to get tickets for inside, and it was a performance never to be forgotten. We are – many thousands of us – extremely grateful to the New York Philharmonic.

Is there anything more to say? I think not, considering all that has been said by so many. I’m not confident that anything I could say would add much, so I’ll share what I wrote to my friends and colleagues in 2001 as we were living through the awful days of that autumn:

William Faulkner said this is his Address Upon Receiving the Nobel Prize for Literature on December 10, 1950:

It is easy enough to say that man is immortal simply because he will endure: that when the last ding-dong of doom has clanged and faded from the last worthless rock hanging tideless in the last red and dying evening, that even then there will still be one more sound: that of his puny inexhaustible voice, still talking. I refuse to accept this. I believe that man will not merely endure: he will prevail. He is immortal, not because he alone among creatures has an inexhaustible voice, but because he has a soul, a spirit capable of compassion and sacrifice and endurance.

Is love included in this list? I think so, for it is love for humankind that enables that soul to rise to compassion and sacrifice and endurance, and it is that love that brings us together in the roughest and most difficult of times. Through these times, we will endure. And we will prevail. It won’t be easy, and it will require – no, demand – of us sacrifices that we haven’t even begun to think of yet. But through it all, we will endure and we will prevail… because we love.

Let us never forget those we’ve lost… those who have been left behind to love us… those whose love made us who we are….